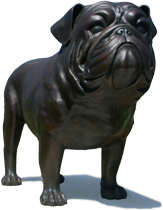 You are at: Planned Giving > News > Personal Planner 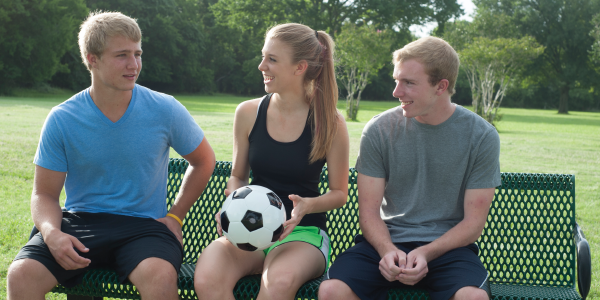 Most families purchase their largest personal residence in their mid-forties. Families with children often need the additional space. Other families think they want to purchase a home that they can enjoy for many years.

By the time individuals reach retirement age, they probably have an empty nest. The children or other family members have now moved on and are creating their own homes. Some individuals at that point decide they like their home in their neighborhood and would like to stay there for their lifetime. Others might want to sell the larger property and move to a condo or retirement community.


Sam is a single person and enjoys his home. He bought the residence when he was 48 because he loved the neighborhood.

Sam has cheerfully planted shrubs and flowers on his lot. He loves to spend time outside taking care of the property. Sam enjoys the neighborhood and plans to live there for the rest of his life. He just turned 75 this year and is in very good health.

He has a pension from his company, his Social Security and an IRA that was created by rolling over a qualified retirement plan. With income from all three sources, Sam now has no deductions other than his charitable gifts and is paying very substantial income taxes. As a result, he is very interested in finding a way to reduce his tax burden.

Sam bought the home for $200,000. It now has increased in value to $450,000. Sam also has been a regular supporter of two community charities that assist young people. He would like to eventually leave his home to charity to benefit youth in his community.

Sam Decides to Visit With His CPA Jim


Sam: "You know, Jim, I've lived in my home for many years and I like it here. I live in a great neighborhood and I know these neighbors. So I would like to stay here, but as you know, I keep paying more and more income tax each year. It would be great to have a way to save some taxes and eventually pass the home to charity."

Jim: "Yes, we've talked several times about different ideas to save taxes. Since you like your home and would like eventually to transfer it to a charity, there is a way that you could save a large amount of taxes today. The gift plan is called a transfer with a life estate. You deed the right to own the home after you pass away to your favorite two charities and retain the right to live there for your lifetime. Based on your age and home value, you would receive a charitable deduction of around $250,000. This would save taxes for you over as many as the next five years. In fact, with some cash gifts plus this deduction, you could cut your tax bill in half."

Sam: "Cutting my taxes in half is a great idea. And I do want to help these young people through these charities eventually. But what if 10 years from now I want to move to a retirement community? What happens then?"

Jim: "There are some rollover options at that time. Each year, as you get older, the value of the life interest goes down slightly. Still, you will have a substantial value. You could later have a joint sale with the charity and receive your portion for the life interest in cash. Another option is to transfer your life interest portion to the charity in exchange for a gift annuity."

Sam: "This sounds like a great plan. Let's contact the gift planner at my favorite charity to get the ball rolling."


Clara and Frank were married for 58 years. Frank passed away two years ago, leaving Clara and their three children who are now all adults.

Clara and Frank bought the home for $200,000. It is in a very nice neighborhood and has appreciated over the years to $800,000 in value. Clara decided to sit down with her CPA, Alice, to discuss the possibility of selling her home and moving to a condo.

Clara: "You know, Alice, Frank and I really needed the large house when the three children were at home. With five of us, we filled that four-bedroom house and there were always friends of our children visiting overnight. But now, with Frank gone and the children on their own, I don't need that big four-bedroom house. In fact, it's becoming a burden to maintain. I would be much happier in a nice two-bedroom condo. I have been looking around and I think I have found one for $300,000 that would be just right for me."

Alice: "How much is the naming opportunity?"

Clara: "It is a fairly large gift proposal and yet there is the value in the home. Plus, I have an IRA and other investments. The gift opportunity is $100,000. I was thinking that I could give 1/8 of the value of the home to the charity. The remaining $700,000 would more than cover the condo, plus I could add $400,000 to my current CDs."

Clara: "That looks like the right solution. Let's contact my attorney Bill and we will set up the gift. We can also list the home and find a buyer. I'm very excited about moving to the new condo in this retirement community. There are several friends from my social group in that community and I know I will enjoy living there."